How to Make a Good City

Atrium Architects is primarily a productive architectural studio, but basically develops activities that fall into the category of architectural activism. I will particularly mention Town Hits, which started in Bratislava, but you extended it to other Slovak towns. To what extent is it such a form of architectural linking to the public as architects?
Since 2008, since we have run the UzemnePlany.sk portal, we have set out the path of some form of activism and every year we are adding new and new products to this activity that are not apparently related, but when we look at it from a distance, we see a clear clue – an effort to bring urbanism, architecture and public space to the general public. In 2011, we started with city interventions in Košice and we have been practically dependent on interacting with the public since then. 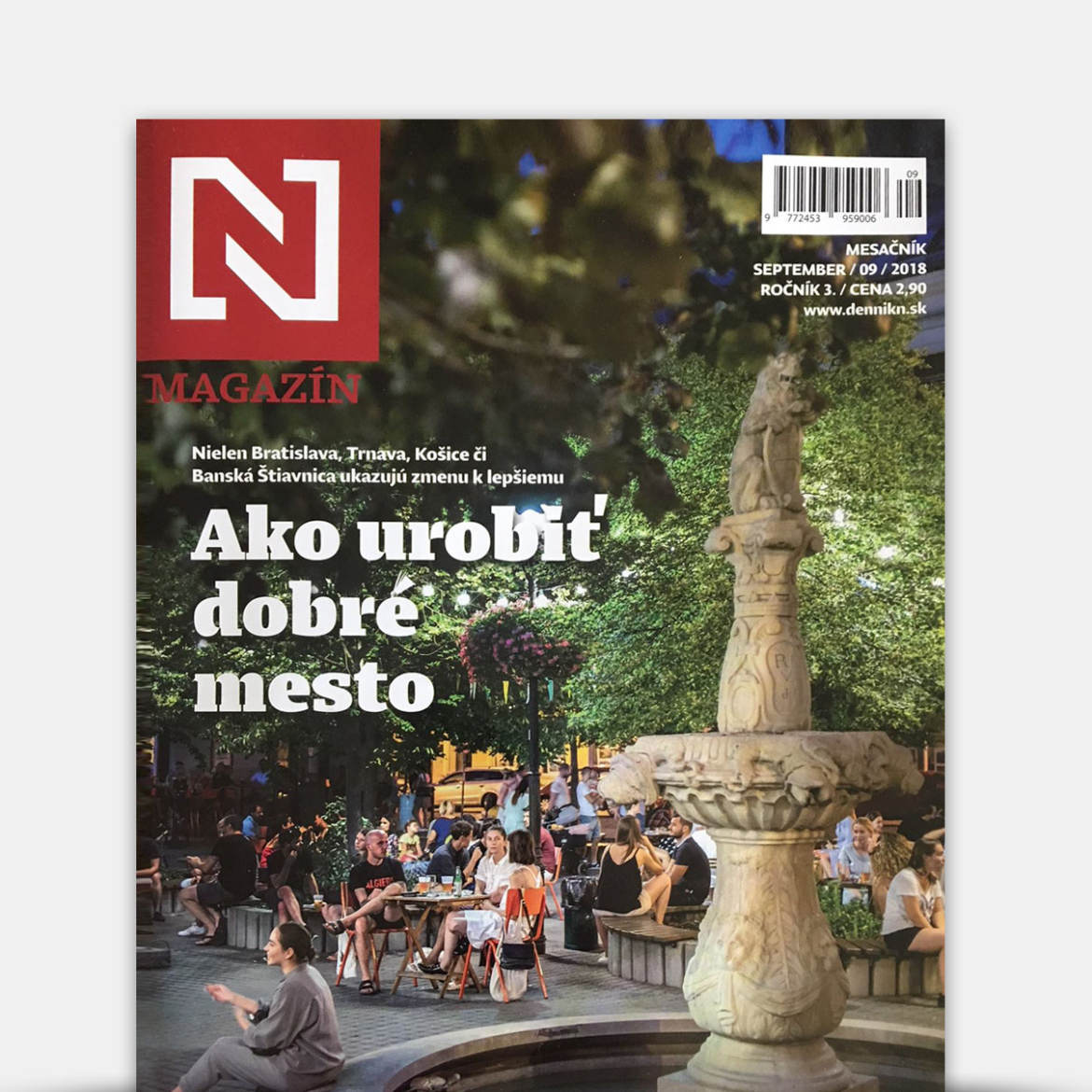 The participative concept of Feeling maps is already known abroad for a long time, but it is a novelty for us. What did you say that you decided to transfer and adapt to Slovak cities?
It's something that was obviously wrong with us and we did not know about it. It was strange to say that no one in Slovakia has ever done so. In the flood plane was to test the form of participation in the project of the Public Presentation Manual of the Presov. After running the project in Presov and positive feedback from the public, we decided to apply it all the way from the bottom to the bottom of the day.
From a technical point of view, we were thinking about creating maps in our own line, we were looking for inspiration abroad, and we came across the Czech partner with whom we joined together, and then there was no point in shaping the solo ride, as we were creating the sense maps for the whole of Czechoslovakia.

Who is the Pocit Map?
Atrium Architekti, OZ UzemnePlany.sk and Czech partner.

The essence of the Pocit Map is the collection of information about public spaces, directly from the people through a simple online system. What information do you collect and how do you evaluate them? Will this be a long-term issue or will it be limited in time?
We look forward to the feelings of feeling, in the current 2018 collection we set up 4 circles of tempo – feeling from the public space, cyclotransport, green and security. We collect this data from the respondents and the system then automatically evaluates the feelings of the pentagram based on the pentagram and the so- heatmap, ie if the respondents respond on a flat level, the system graphically highlights the tax instead.
What is the collection time – we try to capture all the seasons and the spectrum of the city users, as in the winter there are feelings like in the summer and, for example, otherwise the safety of women and men, otherwise children and adults.

Are feelings not too subjective for assessing the quality of the environment?
Yes, that's why we started to collect them. In the public space, the often subjective feeling of the place better describes his character as an exact indication. We may have beautiful namestie, if anything is not working in nom and we are trying to find out what it is.

The questions you ask are mainly addressed to pedestrians and cyclists, but the chauffeur, who is also a full-fledged part of the event and the city perceives differently, there is a great deal of space to express about transport. Is this the intention?
The car and the driver in the city are still the city, but their user space is the interior of the car and the way. Akonahle driver drives out of his car, we start to wonder about his feelings :) From our perspective, a good city should serve in the first pedestrians and cyclists.

Your project has decent media support, but what is the real response to respondents? How many „feelings“ need to be gathered to talk about a relevant public voice?
So far, we have collected 40tis of feelings. How much we need them overall, we do not know. If I put my feelings in the map, I do not see the feelings of other respondents. Akonahle, however, my feelings in one place meet with the same feeling of someone else, making the subjective feeling less subjective. And if there are three the same ones, we can confuse the peaceful subjectivism as a relevant indication that self-government needs to think about.

Your ambition is to connect people's opinions with the competent authorities of city management and creation. How can community politicians and other institutions get the results of this survey? And is that an interest?
The results are transparent to each of us – we are open platform. The cities that understood this challenge and work with the new user for the benefit of the city. But there are cities I do not understand, they can not work with it, they do not know what the feelings can do for them. On the other hand, this is a pilot project in Slovakia, this is the time.