Atrium Architects win the architectural-urban competition for the transformation of the natural swimming pool Delňa in Prešov.

Jury statement:
The proposal brings a very clear and clear concept from a spatial-composition and operational point of view, the main axis of which is the east-west footpath and the service route from the entrance to the area along the north bank of the water reservoir. It is perpendicular to the north-south axis, which runs from the southern entrance to the area, which separates the short-term recreation and recreation area and the residential zone with the cottage settlement and green camp. The third strong compositional and operational element is the horizontal base – a pavilion with facilities on the western bank of the reservoir, which unifies and connects the entrance areas to the area with the hotel's parterre. As one of the few suggestions very logically and at the same time attractive solves the entrance to the entrance area of ​​the complex set on the hill using a corridor with steps and ramps. The entrance is so accentuated, supported by a moderate and timeless architectural expression. The strength of the design is also a certain simplicity to the civilism of the architectural and landscape solution, which at one time concentrates concrete activities on individual positions and objects, and on the other hand leaves a lot of free, natural environment. The work with contrast makes it possible to optimally express both the natural and the new architectural substance while being in symbiosis with each other. The proposal brings a significant inventive approach to the solution, which in the case of implementation has a high presumption of benefits even in the wider regional and supra-regional context. On the basis of the proposal, it will be necessary to further elaborate further in the next phases. deal with landscaping, location of coastal plant cleaning zones, campsite outside of the Delna River Biocorridor Location and static water slide outside the dam reservoir and walk-in shower area. 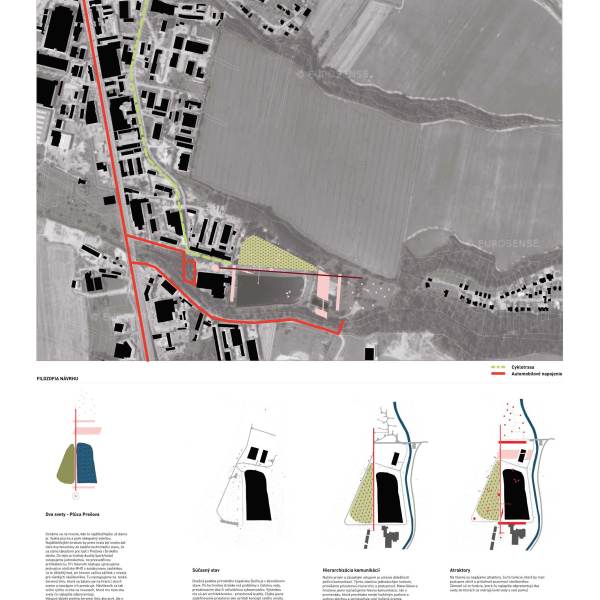 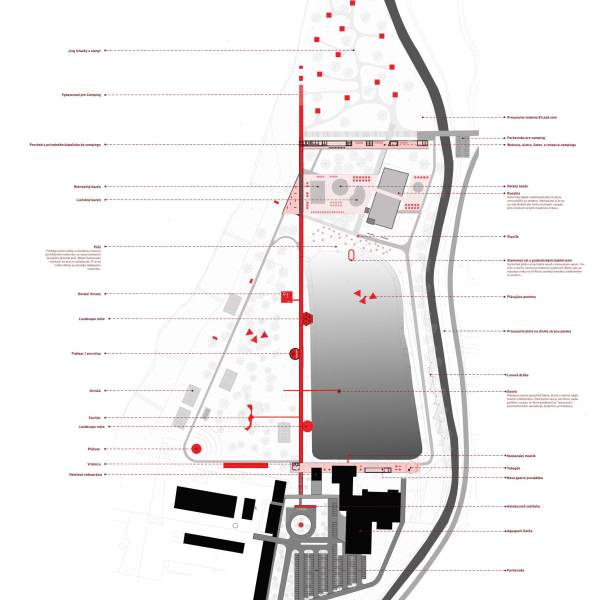 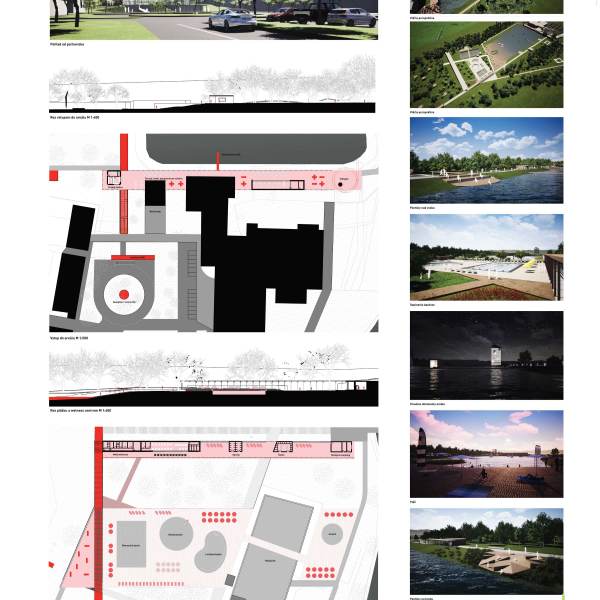 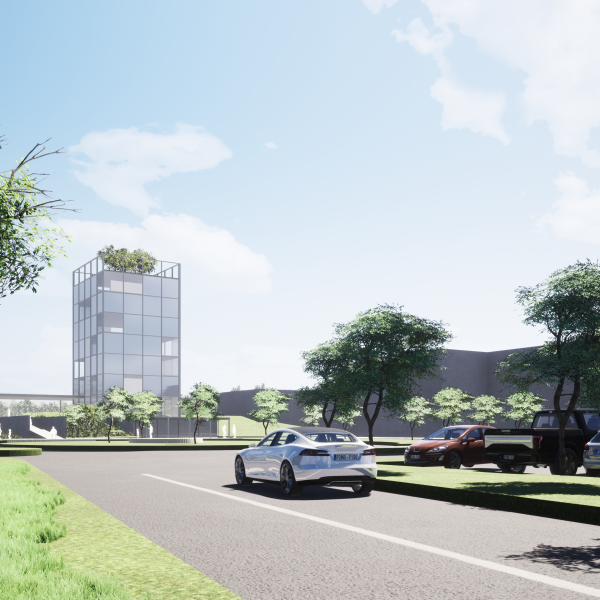 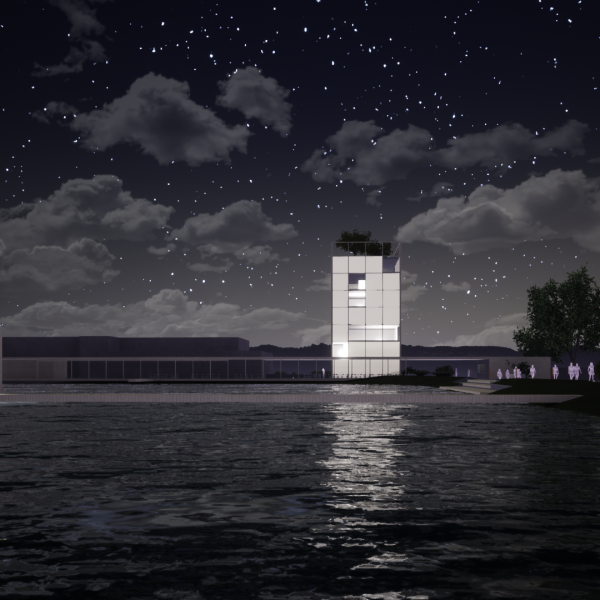 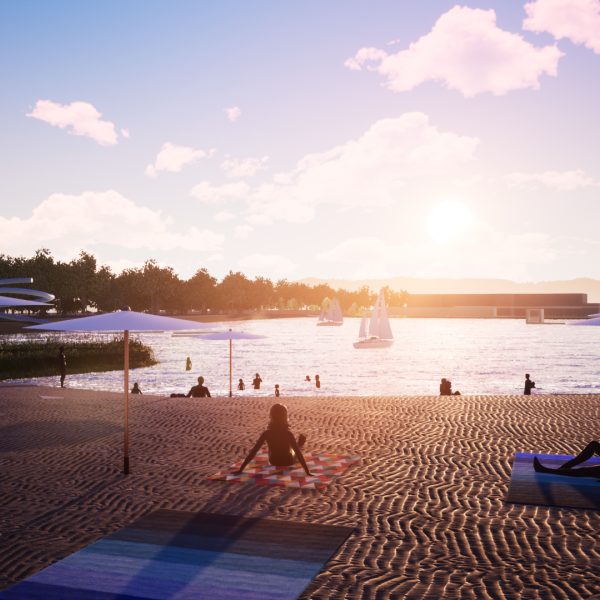